A Gift I Can Never Repay

Some of my favorite childhood memories are of my summer visits with family in Pennsylvania.  My mother’s aunt lived on a mountain and her children and grandchildren lived nearby.  I spent my time with my cousin Suzanne but it was my relationship with her uncle, Sam, that I remember most fondly.  Sam was my mother’s cousin, an adult, always working on his car, always quick with a joke.  At some point in my early years, he lived with my family while in the Army.  Sam has always had a special place in my heart because he made everything fun.  He never treated me like I was an annoying little kid.  I am 53 years old and I can still remember how Sam comforted me when I was a crying 7 year old.  I also remember the laughter.  There was always laughter when Sam was around.

It was because of my fondness for Sam that I didn’t hesitate to drive 8 hours (4 hours each way) to his son’s funeral in December 2011.  Sam’s oldest son, Major Samuel “Sammy” Griffith of the United States Marines, was killed in Afghanistan.  Although I hadn’t seen Sammy in over 20 years, it was my love and respect for Sam that drove me to the funeral.  It was during that drive that I pondered how I could honor Sammy, not only for his service to our country, but also pay my respects to him for his family.  The plan came together before I arrived at the funeral but it never occurred to me that it would change me and my path in life.

In the fall of 2011, my son was playing hockey at DeMatha High School.  I was knee deep in the planning of an inaugural charity hockey game for his team, the American Heroes Hockey Challenge.  We had designed camouflage jerseys, which were paid for by sponsors, while raising money for military charities.  A few weeks before Sammy’s death, I had received a sponsorship which was named in honor of a fallen soldier.  As I was driving to Sammy’s funeral, it occurred to me that I could sponsor a jersey in honor of Sammy. The day after the funeral, I shared the idea of honoring veterans, both past and present, with the hockey families and the sponsorships started to pour in.  That first year, we honored 26 veterans.  My son proudly wore Sammy’s jersey, a humbling experience, with Sam and his family in attendance.  My son has long since graduated from DeMatha but I continue to organize the charity hockey game and we honor Sammy, along with now over 70 other veterans.  Every year I share Sammy’s story with the player who wears his jersey, my small contribution to keep his memory alive.

It was the American Heroes event that led me to the USA Warriors Ice Hockey Program, an organization which provides ice hockey as a form of therapy and recreation for disabled veterans, both amputees and standing.  While planning the inaugural event, we met with members of the Warriors, learned about the organization, and developed a relationship.  The combination of military veterans and hockey made them a natural fit for the American Heroes event.  The Warriors have been involved as volunteers and have been recipients of the proceeds from the very first event.

As my relationship with the Warriors developed, their President Thom Hirsch asked me to consider volunteering with the organization.  I did not have the time to commit while my son was in high school but the summer after he graduated, Thom reached out to me again and asked for me to volunteer and I said yes.  I began my work with the USA Warriors in the summer of 2013 as the manager for the amputee sled team.  I coordinated rosters, travel, and hotel accommodations for the team and became their biggest cheerleader.  I went on to become a member of the USA Warriors Board of Directors in 2014 and was elected President in 2015.

In the past three years, the USA Warriors have grown both locally and nationally, supporting teams in Ohio, Maine, Florida, Wisconsin, and soon South Carolina.  Our teams play in games and tournaments both locally and across the country.  More importantly, we provide a support system and sense of family while playing one of the greatest sports on the planet.  It has been amazing to see the impact that the game of hockey and the TEAM can have on a disabled veteran, one who is missing limbs or suffering from demons that can’t be seen.  I have had the pleasure of witnessing so many great accomplishments by the men and women that we support and am so proud of all of them.

I consider it a gift and a blessing for the relationships that I have made with the Warriors players and volunteers.  I have met Congressmen and Senators, high level military officials, and players in the NHL on this journey, but it is the men and women who put on a different uniform, a USA Warriors jersey, who have impacted my life the most.  They have given me so many heroes in my life and a family larger than I can put my arms around.  I will never forget what brought me here.  It was the death of another hero, one who left a large hole in my family, but one who brought our families together, closer than ever 7 years later.  Sammy crosses my mind often because it was his death which led me to the Warriors.  A gift that I can never repay.  I hope that I make him proud. 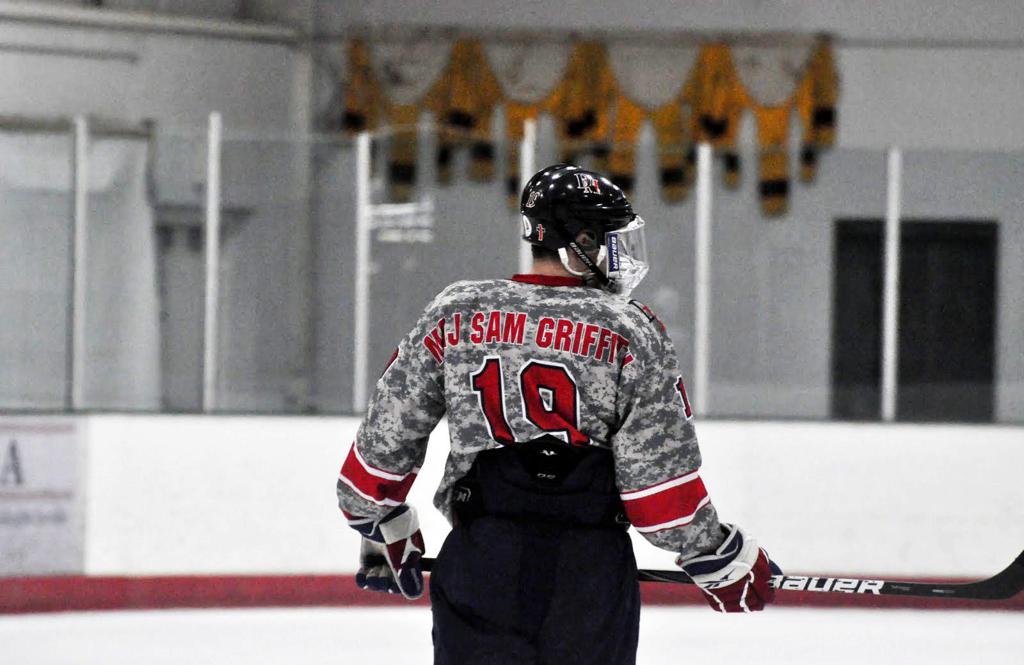 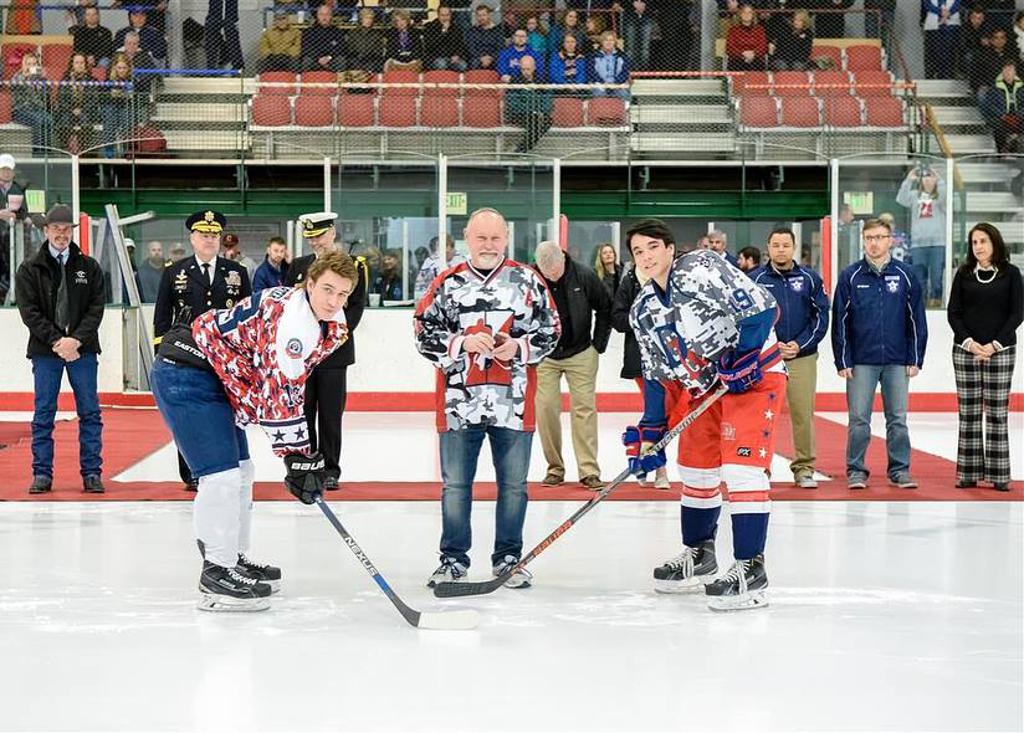 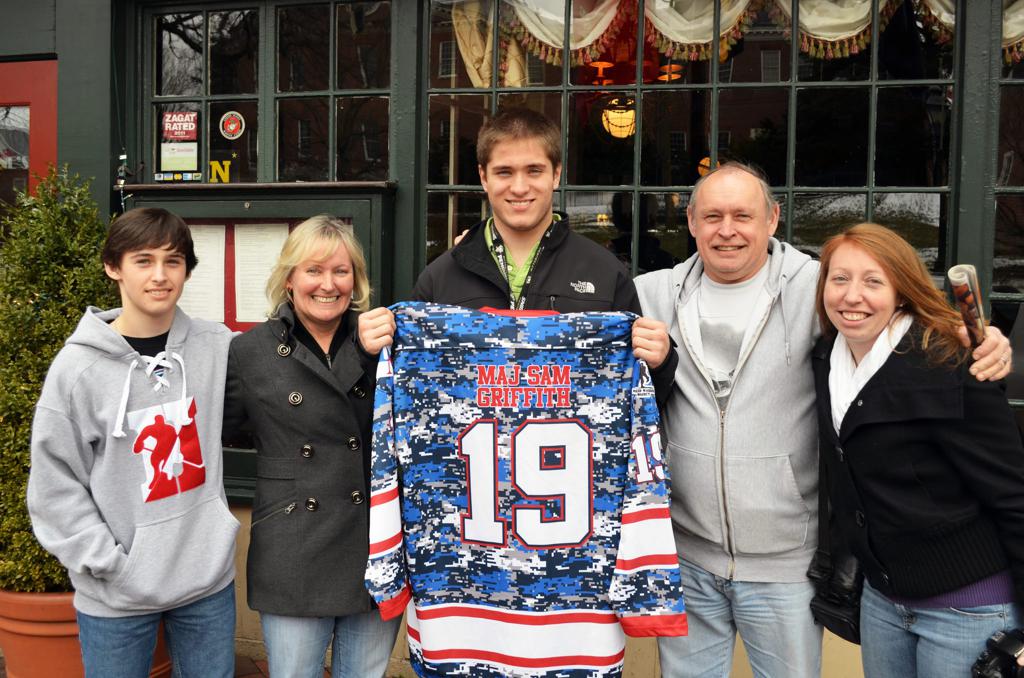 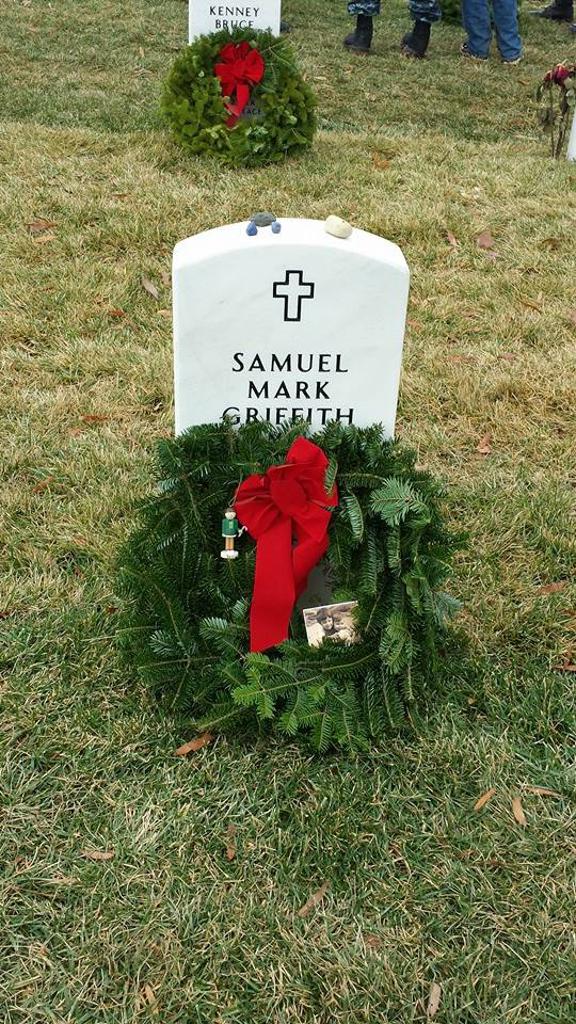 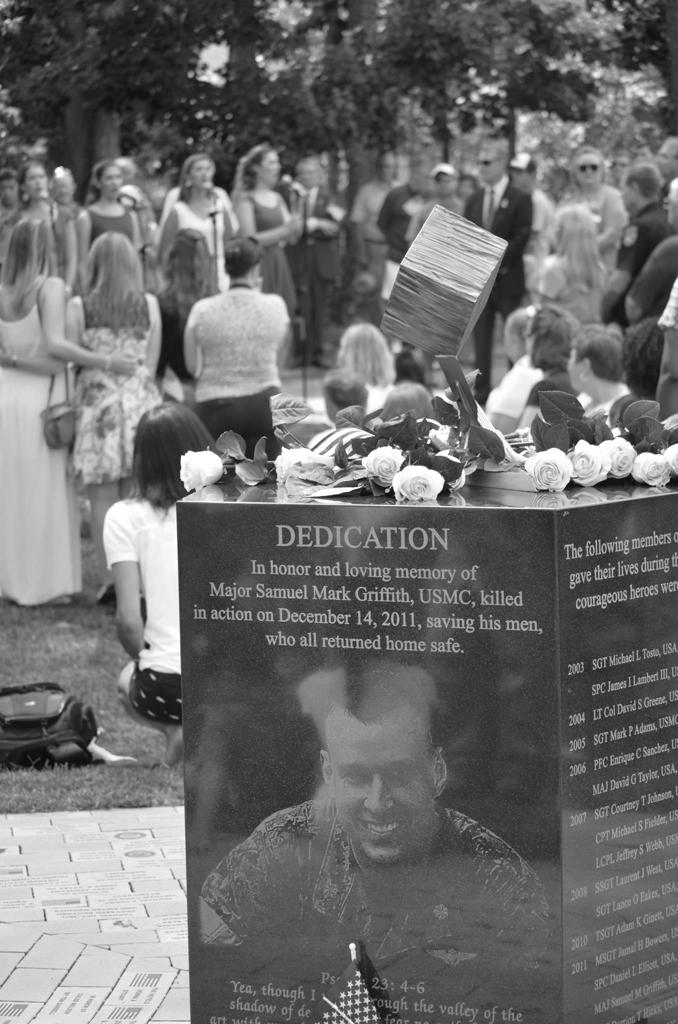 Memorial honoring Sammy in his home town, built by his brother David